A couple of Fridays ago, Shaun and I got a babysitter so we could see The Dark Knight Rises. It was the first time someone had watched the kids that wasn't family, but it was a girl I work with, so they were somewhat familiar. They had a blast and so did we, so we really need to do this more often;)

I made talked Shaun in to hopping in the photo booth with me after the movie, and I had to immediately scrap those photos:
The third one wasn't quite appropriate for public eyes;)

This was my last Ormolu project. Kaitlin is off adding to her little family, so the shop will be closed for awhile. I really enjoyed my time on the creative team there, it was a wonderful experience. From the owner, the products and great designs, to the other team members, it was awesome;) 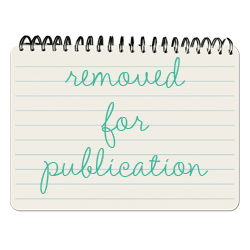 So back to the project...

I used a few different lines on here...you see a flapper from Bungalow (I have been waiting to use that coffee flapper since we are such big coffee drinkers!), a flair button from Tag Sale, and a Dot N Spot from Fact or Fiction.
I also used patterned papers from Jillibean Soup Neopolitan Bean Bisque, I love the colors and patterns here!

I typed my journaling on to one of the Basic Package Tags and stamped the date with my Dear Lizzy Date Stamp Roller. Added my title with some favorite thickers and embellished with stickers and a Bungalow Little Label.

You can also see a Bungalow Fabric Strip here, which I could use about a thousand of;)

I hope everyone is having a great week so far!!
3 comments

It's instagram week on the American Crafts blog and I just happened to have a pretty instagram-y themed page as one of my American Craft projects for the month, so I am sharing it now;)

**go to THIS POST on the blog for a giveaway;) Make sure you check back all week to see all the great projects using instagram photos!

if you click on the image, it should get bigger
It looks a little wonky...anyone have any tips on photographing 2 pagers?

I cropped all of my instagram photos to measure 2x2 inches and in photoshop, added them on to a 12x12 inch canvas and a 6x12 inch canvas. I printed them from Persnickety Prints (which I highly highly recommend-super speedy and great quality!).

On the full 12x12 page of photos, I added a few stickers to a couple of the photos.

On the right page, I added some patterned paper and pretty embellishments and I called it done. The Amy Tangerine Sketchbook collection was pretty much perfect for this;)

I love seeing all of these little moments together like this.
How fun would it be to create a collage each month and at the end of the year, create a photo book with them?

We had a another card kit swap at My Scrapbook Nook, and I was lucky enough to swap with the lovely Danni, again:) She was incredibly generous, look at what she sent me:


I could probably create a billion cards from what she sent, but so far I have created 4:

This is my favorite of all the cards, I loved that canvas butterfly she sent! I added the "this makes me so happy" sticker from, my stash.

How fun is that balloon paper? I added the Jillibean sentiment sticker from my stash.

This was the first card I created with the kit. I could decide which of the pretty papers to use, so I used a ton on here, ha!

This was my last card. I love that flower patterned paper!

Thank you so much Danni, my sweet friend!
4 comments

It has been a little while since I shared some of my Ormolu projects here, so I am sharing them now, ha!

This first one I created using some of the latest releases, Bungalow and Tag Sale:

I just realized that I posted a sneak of the July Nook kit, but never posted the whole shebang:

It is filled with My Mind's Eye Indie Chic and Jillibean Soup embellishments. I adore the colors in the kit! You can snag yours HERE;) You can check out the grab bag HERE, which is filled with another color story from the Indie Chic line:)

If you want to see some amazing pretties put together with the kit, check out the design team gallery HERE....it always amazes me what these girls can do!

In other Nook news, have you been playing along with our celebrate summer challenges? There is about a month left, so I hope you have been enjoying the inspiring challenges going on there!! Check them out HERE!!

I have a few other scrapbook related things to chat about, one being the American Crafts team. My year is almost up with them and I would have loved to stay on another year, but my name is not on the list of new designers. I will admit that I was sad for a teeny bit, but I am fine with it now. I will always be grateful for them giving me a chance and the opportunity to work with them for a year was amazing and a dream come true. I can't be too sad about it when the list of girls is completely inspiring and there are lots of friends on there. Check them out HERE!

One thing that I am extremely grateful for from being on design teams, is getting to "meet" so many sweet girls. I get to be exposed to people whose work I have not really seen before and get to know them  and see their inspiring works, so I am really glad for that;)

The other is that I was one of the winners of the June Color Challenge at Crate Paper! I made a layout with all of my pink bits and pieces from various Crate lines and made a funky grid:

It has been awhile since I made a 8.5x11 page, it was fun:)
I was so surprised to see my page listed on their blog!!! I got to pick one of their collections as a prize and I chose the Little Boy Blue line:)

That's all for now;) I should have a few scrapbook projects to share this week, so check back later!
Hope everyone is having a wonderful weekend:)
7 comments

A week or so ago, I had a layout and card up on the American Crafts blog using the Shoreline collection (again!). I made this page about last summer. We weren't able to go on vacation anywhere, so we ended up spending a lot of time at the beach:

I took some of my favorite photos from the summer to use on this layout. What's funny is that we have been doing a very similar thing this summer, ha! Maybe spending a little bit more time at the pool though;)

I also created a card for the blog:

I am in love with the colors in this line. I know I keep saying that;) I actually have another layout in the works with this collection:)

This week on the American Crafts blog, they have been showing the new lines that will be released during the Summer CHA show. They are sooo so gorgeous!!! Take a peek at the ones they have shared so far:
Amy Tangerine Ready Set Go
Dear Lizzy 5th and Frolic
Soho Garden
Pumpkin Patch

Make sure you visit those links and leave a comment for a chance to win the new collection;)

Which one is your favorite? I can't decide between the Amy Tangerine and Dear Lizzy lines...both so gorgeous!!
2 comments

I worked, worked, and worked all last week leading up to 4th of July. Then some of my family came in to town for a visit from 4th of July until Saturday. I still feel in vacation mode, we had such a wonderful time visiting with them. I never take as many photos as I intend to, but I'm okay with that:) Here are some from the visit:

Early on the 4th, we headed to Seaside (I was in the parade with the company that I work for and my Mom and Step-Dad took the kids to see it). The kids were so cute when they saw me. It was towards the end of the parade, so it was kinda backed up. We were stopped and they both ran up to me and gave me hugs and high fives...oh and they grabbed some extra candy...the perks of having a Mom in the parade?!

After my part was over, I found the kids to watch the rest of the parade.

She got a ton of beads:)

After we got home, it rained for awhile. We were trying to decide what to do for awhile, when the rain cleared up. It was still fairly cloudy, so we headed out to the pool to swim.

This is Dexter, my brother's miniature dachshund. We got to watch him take his very first swim:

He was so cute, and although he really liked it, he enjoyed this better:

We played lots and lots of Marco Polo. Aislynn was in heaven having her uncles play with her in the pool:)

After grilling burgers and eating yummy food, we swam some more and headed out to see fireworks.

The kids were so exhausted at this point, and Kieran fell asleep in the car on the way home. We did some sparklers for a very short time, but A burned her finger a little bit and wanted to stop.

It was James' birthday a couple of weeks ago, so we did a key lime pie to celebrate since we weren't there on his actual birthday. He had the official candle blower helper at his side;)

The next day was bright and sunny, so we headed to the beach.

Normally the water in June and July can be sort of yucky because of seaweed, but I think the bad storms we had in the last month cleared all of the water. It was crystal clear and gorgeous! Perfect temperature too! Does this picture look familiar? In the page I have posted below, there is a very similar picture. K loves Grandma's beach chairs!

We played a little bit, while Jessica helped Aislynn look for some shells:

We spent the rest of the day in the pool and went to a hibachi restaurant for dinner. That was a lot of fun! My Mom and James took the little kids home to bed and the big kids stayed out for a little bit;)

The next day we said good bye to Jessica and Andrew:

We went to Seaside to poke around the shops, eat lunch, and grab some ice cream. When we got back, we swam some more (and played more Marco Polo!).

The kids teamed up on Uncle Phillip;)

I am telling you, I could so get used to these nights after dinner...kids in the pool, Shaun playing guitar for us, and some wine or a cocktail;)

The next day was Saturday and we said good bye to Phillip, Josh, and Dexter:

My Mom and James left soon after that and we are adjusting back into reality;) We had a great time with my family, I only wish my sister could have made it, but she was out conquering the world;)

Hope everyone had a great 4th and that you are enjoying an awesome summer thus far!
3 comments