My Dad was still in town after Aislynn's birthday party, so here are a few pictures from that...
Grandpa and his grandkids:) 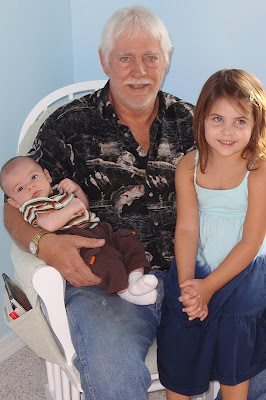 Aunt Brynne and her niece and nephew... 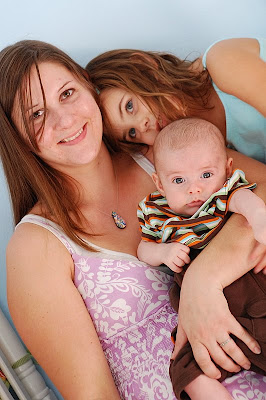 Wednesday we went over to Brynne's house to go swimming, here is the man posing for us on her couch:) 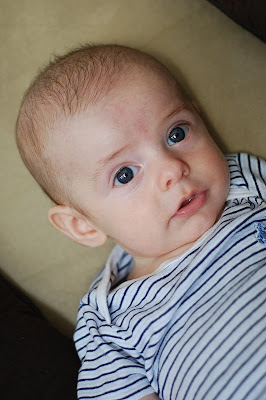 The pool at their condo is AWESOME! There are waterfalls and a graduated entry... Aislynn loves it! She has been there a few times before, but this was the first time I had seen it. I am not sure what Aislynn is doing in this picture, but my Dad kept calling her Shorty and she thought he was saying shark...so when he got close, she would flee out of the water:) 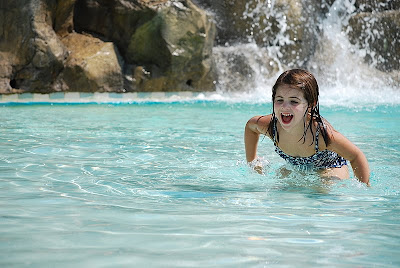 My Dad, Brynne, and Aislynn 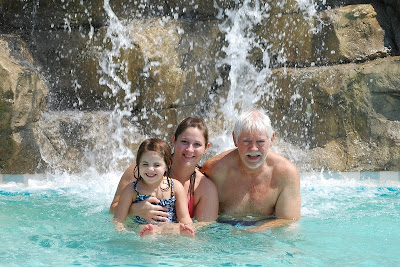 Aunt Brynne and Aislynn...this is a cute, funny story. After ballet on Tuesday, A really had to pee, so we stopped at Cracker Barrel just to use the bathroom. She wanted to eat there and she wanted Aunt Brynne to come. I told her that Aunt Brynne couldn't and she said "But I haven't seen her today," and I told her that we didn't see Aunt Brynne everyday. To this she replied, "But I want to see her everyday because I love her so much." So thanks Aunt Brynne...you are an awesome Aunt (and sister!) and we love you very very much!!! 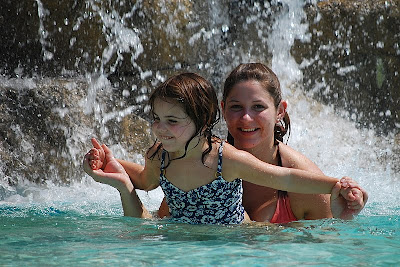 Kieran slept the whole time we were at the pool:) 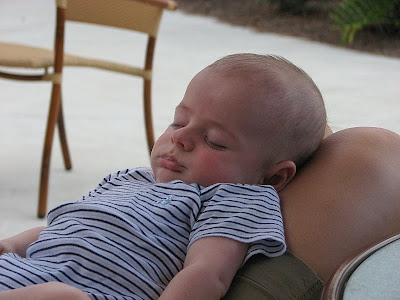 So today is the big day when Aislynn turns 4:( She has really been driving me crazy lately, just being jealous of Kieran and all, but we had a GREAT day today:) I took her to the fountains to play, and came home and had lunch, and then she took a nap (I truly think this was the key to such a good day, lol!). 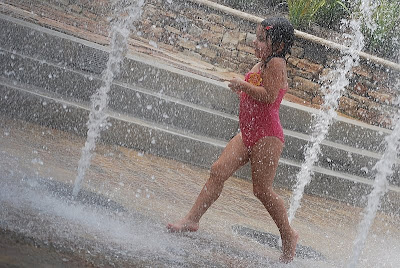 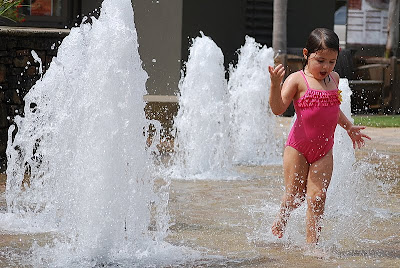 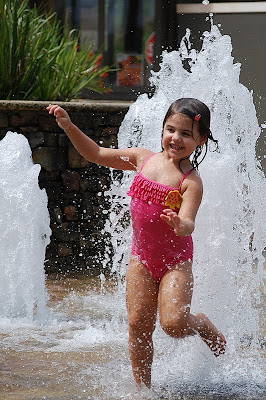 Her hair is getting long. We are *trying* to grow her bangs out for real this time... 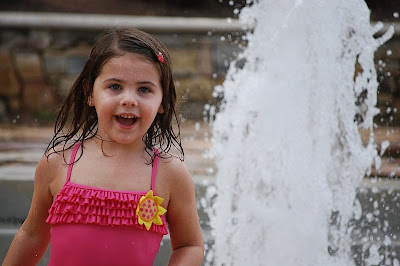 We let her pick out the restaurant and she picked Great Southern Cafe in Seaside. She wanted to go there to get a cheeseburger:) Also, she likes the ice cream place in Seaside. She didn't want cake, but I really wanted to have cake and candles so we just walked to the market in Seaside and when she saw the rainbow cake and I told her she could have ice cream still, but at home, she was totally cool with that:) The rainbow cake had 5 layers and the layers were flavored like the color (strawberry, orange, lemon, lime, and grape). She was happy with her choice:) 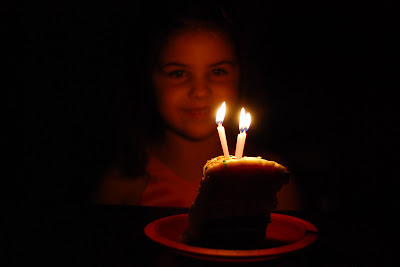 Then we watched old videos of her and taped a new one. It is amazing how much older she seems than one from last October. Hard to imagine just how grown up she will be at 5:) Hope everyone has a great weekend...we plan to go see a Thomas the Train movie and just hang out:)

Happy birthday, A! I love these pics - they are gorgeous, Pam! Great catch on the birthday candle one - I adore those - that 50mm is one awesome low light magic tool! I am so glad you guys convinced me to get it too! Now, if I could find some time to put it to use!

Now go hang out and enjoy some wonderful down time with that beautiful family of yours!

Cool pics of A at the fountains with the water shots. I'm glad she had a great birthday and I love yall so much too. A always lights up my day when I see her or just talk to her on the phone, I love that story though she is too sweet and I wish I could see yall everyday, hee hee. Have a great weekend! :)

Those are great pictures with Dad, Brynne and the kiddies. And that is really sweet what Aislynn said about Auntie Brynne.

Sounds like Aislynn's birthday was a blast. That cake sounds delicious, and I love how you twisted her arm so you could get your cake fix. Some things never change! Hehe. Happy Birthday, Aislynn!