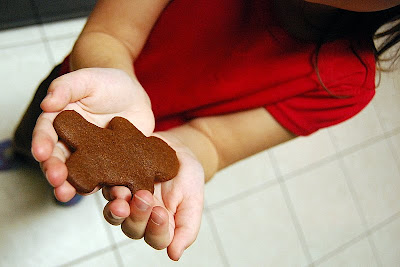 We made the dough in the morning and then Lillian (A's friend) came over to help cut them out. I really didn't think Aislynn was going to like them once I tasted the dough, but she gobbled them up! They are pretty tasty! 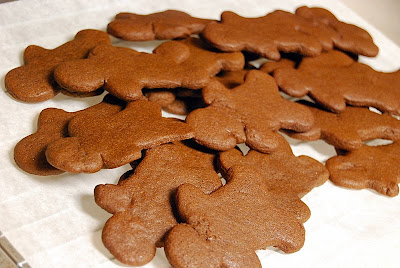 Kieran had his 6 month appointment on Tuesday. He is doing pretty good. He has stayed consistent in the charts for his head circumference and length, but he dropped in the charts for his weight. He still gained enough weight but the doctor suggested offering him some formula after I nurse him. I know that if I do that, my milk supply will drop even lower, so I called a lactation consultant. I started taking a herbal supplement, fenugreek, and I have stopped doing weight watchers for now. Even though I was following their program for nursing mothers, it's possible that I still wasn't eating enough calories to keep my milk supply up. It's only been while I have been on WW that his weight gain hasn't been consistent with everything else. So Wednesday I took him to the lactation consultant's office and we weighed him. So I go back in a week with him to see how much he has gained to see if taking the herbal supplement and eating more calories will help me produce enough milk for him. Keep your fingers crossed for me, I really want to nurse for a year. 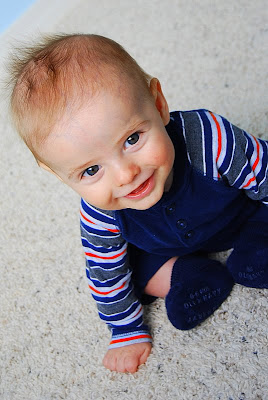 Kieran sort of sits now:) For a few seconds at least... 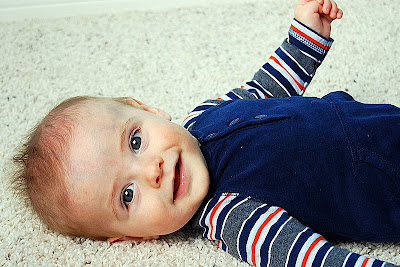 Who knew carpet could be so entertaining? 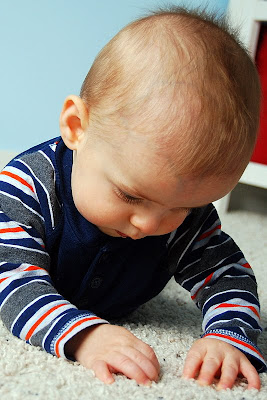 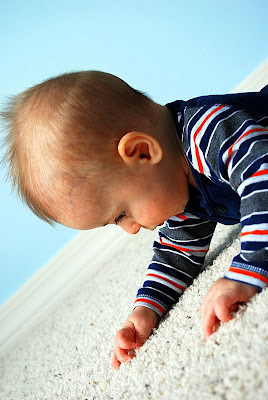 Day 10: Letters to Santa
I love Aislynn's letter, I think it is so cute:) 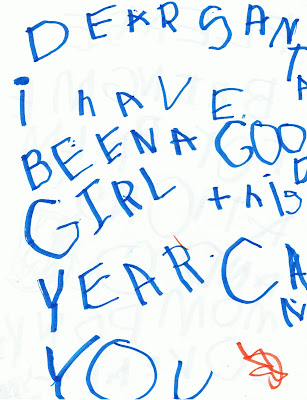 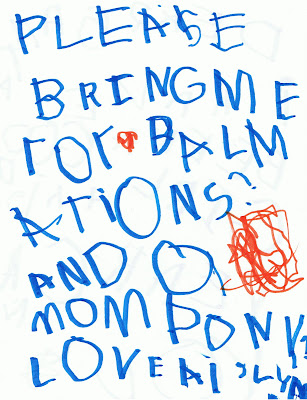 That's 101 Dalmatians and a Mom Pony, which is this. She doesn't know anything about Webkinz, she just saw this at Cracker Barrel and thought her ponies needed a Mommy pony:)
We had to write a letter from Kieran too. Aislynn thought of what he should ask Santa for:) 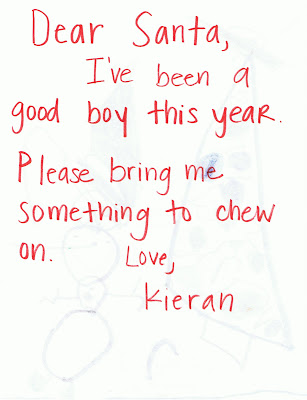 Then Aislynn wanted to draw a picture for Santa on the back of Kieran's letter. I love it! 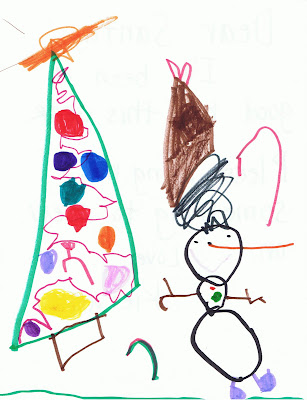 We are going to mail these to the North Pole tomorrow;)

OMG i am seriously laughing....bring me something to chew on. A is too funny! Her printing is excellant!!!!!

Hey Pam I heard if you take the letters to MACY's there's an incentive. Do you have any by you?

Those pics of K are super good, he looks so grown up sitting like that. Those cookies sure do look yummy, did they decorate them? I love the letters, too cute!

Those GB cookies look very yummy. Last time I had one was with you kids in Tallahassee in 2004.

"K" is growing so fast. I love the pictures and "A"'s Santa letter.