Remember that spring banner I was telling you about? Well I finally took some pictures of it:)

When Aislynn came out the morning after I hung it up, she said in her most exasperated tone that it wasn't spring yet. Ha ha...she has to get all technical on me;) But then she said she liked it;)
Here are some detailed shots: 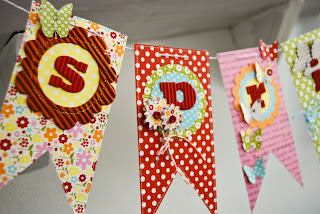 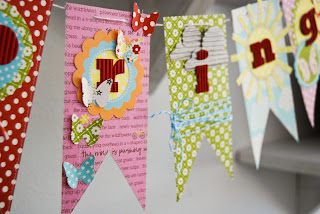 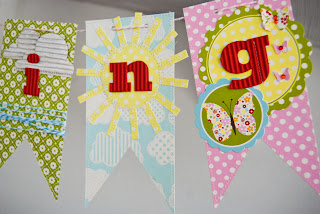 To make the flags, I cut 3x6" pieces of patterned paper. Then I flipped the paper on the back and made a dot 2 inches from the bottom, in the middle (1.5" from each side). Then I took my exacto knife and cut from the dot down to the corner of the paper...repeat for other side and boom, you have a banner flag;) Then I made 2 one-eighth inch holes to thread the twine through. Embellish how you please and you have a banner. I used Jillibean Soup's Blossom Soup line for this.
After I was done with this, I broke out some more new JBS, the Dutch Mustard Soup line. 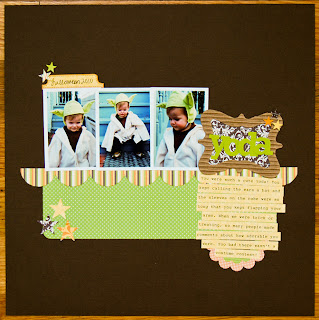 It went perfect with Yoda:) 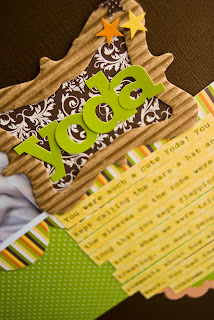 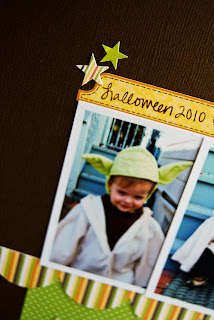 and with these pictures of Aislynn and my Mom: 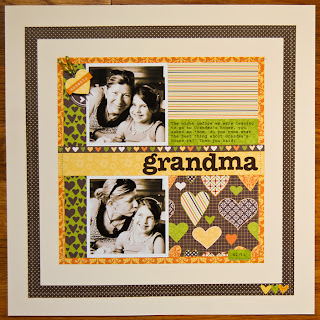 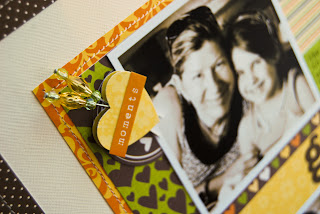 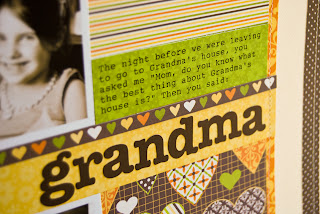 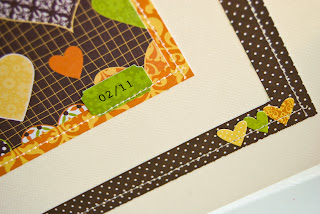 and since I had this on my desk, I made a quick card: 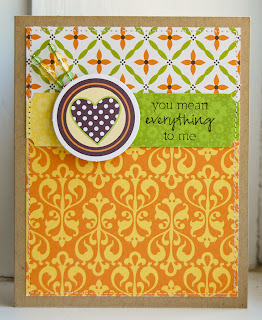 I really really love both of these lines...I can't decide which one I like better...I think whichever one I was currently playing with, lol. Which one do you like better?!
I also pulled out some Echo Park Little Girl to make this layout: 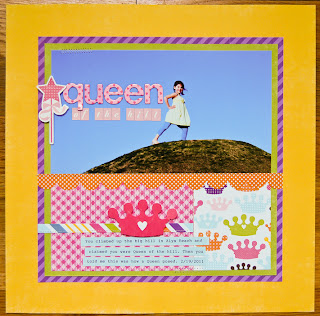 I wanted the title to be over to the left more, but I stuck down the first letter too fast grumble grumble so that is where it stayed;) 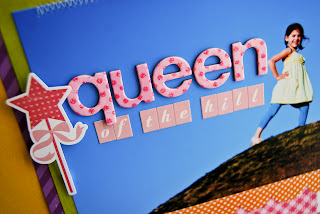 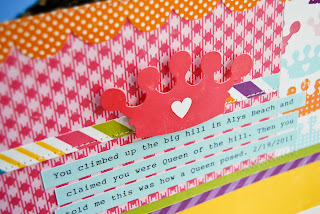 I still have a picture of A on this hill from when she was about to turn 3! Yikes, that was 2 and a half years ago!
Weekend plans include being lazy, maybe scrapping, and maybe going to a St. Patrick's day parade...what do you have planned for this weekend?! Don't forget daylights savings time on Sunday! Or do and then you can be late Monday and use that as an excuse;)

love the banner .... i think i should make one, but that means i have to give up some of my paper for it ... i know i have enough paper to not really bat an eye at that but i do all the same.
Kailee is looking for her name stamp right now, she can write her name now .... ugh
I thought A was older in the "queen of the world" photo/page

So are they available for sale on etsy yet? Hehehehe

sweeeeeet! from top to bottom there is nothing NOT to LOVE here!

I'm all for NOT losing that crazy hour this weekend, so I am going to SCRAP first and play catch up with everything else LATER...hee hee!!

Love the banner and those layouts are simply stunning.

Ha, on the spring correction. You can't sneak anything by Aislynn, can you? I like the banner, it should definitely make things feel warmer at home.