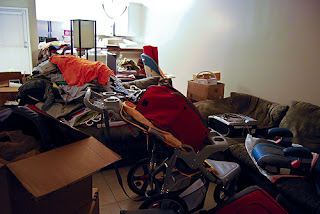 After dropping the kiddos off at Mimi and Papa's on Saturday morning, moving and unpacking until about 2:30 a.m., then working lots more Sunday...we are pretty much done. The only things left to do are hang some pictures and add a few finishing touches here and there. Phew. So glad we are done. That picture was taken about 12:30 a.m. Sunday morning. We purged *a lot* of stuff to squeeze into this place, but honestly? It feels good and I am sure it's stuff we will not miss. Anyways, we have already hit up the beach: 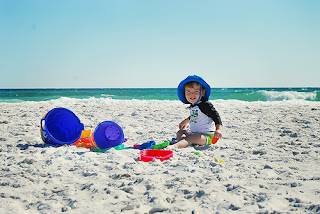 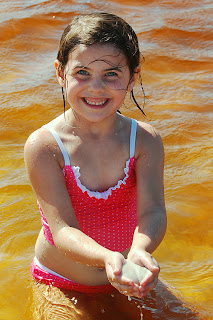 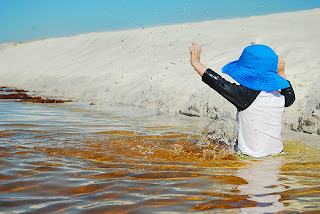 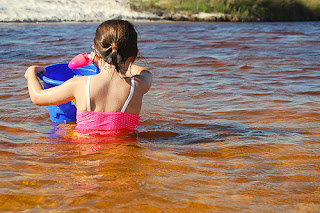 The beach we will go to now is at Eastern Lake, which I have talked about on my blog before. It's a coastal lake that is sometimes open to the gulf, so it's a mix of fresh and salt water (which is why it looks like that yucky color, lol!). What we love about it is that it's calm and shallow, which makes the perfect playground for kids:)
So far, A doesn't mind sharing a room and K LOVES it! In the old house, anytime he was "allowed" to enter A's room, he made a beeline for her play kitchen and food. Now he has access to that all the time and he loves it...maybe he will be a chef some day?! 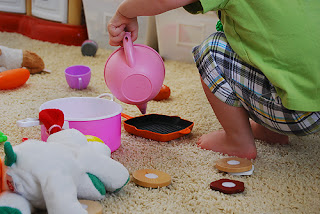 I got back to running yesterday and we have cooked the last couple days, so we are definitely getting back in the swing of things. Last night we were taking a walk down to the dock we have access to (Aislynn is super excited to go fishing with Shaun sometime!) and we found a bunch of wild blackberries! Only a few were ripe, but we are looking forward to collecting them as they ripen! Aislynn was amazed that she could just pick a berry and pop it in her mouth, she kept saying how fresh they were, lol. And Kieran kept saying "berry...berry" when he was done eating one.
Here are a few pictures I took before we knew we were moving, but I just didn't share on the blog yet: 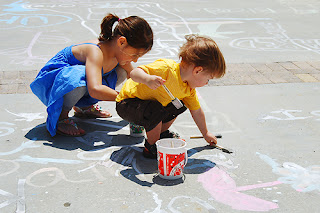 I took the kids to a little spring festival a few weekends ago where they painted with chalk... 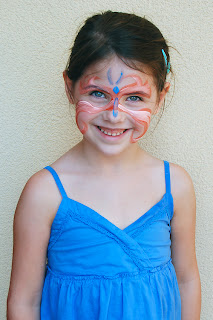 and she got her face painted. 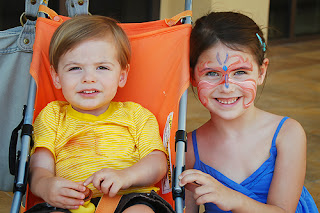 Then here is my handsome boy: 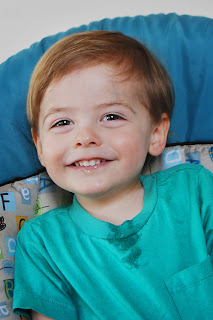 Hard to believe he is going to be 2 soon:(
Hope everyone is doing wonderful! I will hopefully get caught up on blogs and such soon!!!

Congrats on the new place. I hope it brings you much happiness and prosperity!

I'm thrilled you are settling in and making "home" again! I can't wait to hear about all the new adventures!

glad you are settled in and I can't wait to see the new place soon. I love the pics of the kids. Miss ya lots:)